I'm alone in the house Dick built. His struggles with it play prominently in my childhood memories. Not only did he build much of the house himself, he also designed it.

Dick was not an architect. God no. He was an engineer; not a world changing engineer; a solid pocket-protector-wearing engineer whom his colleagues, customers, and suppliers respected.

But there is one exceptional feature of the house which few people see: the chimney. My mom often refers to this elevation as the front of the house, but it is the back corner, furthest from the street. 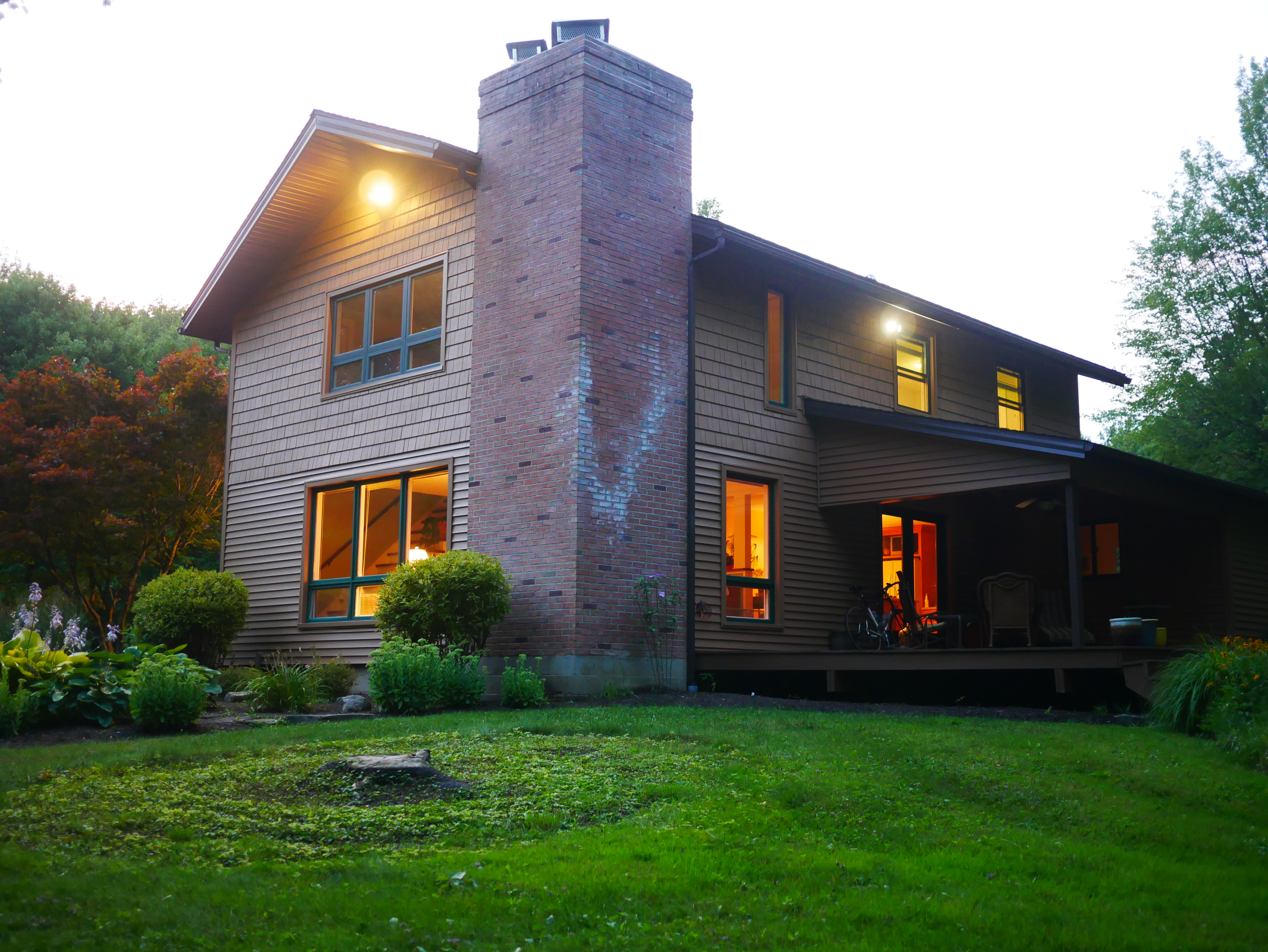 When the house was built, the mason thought it was one of the largest chimneys built in Chautauqua County in contemporary times. Oddly, it is not attached to a mansion on the lake, but a modest family home filled with the type of compromises one might make in the middle of an energy crisis -- small windows and no vaulted ceilings (sorry mom).

40 years later, I can only speculate about what he was thinking when he penciled this three flue monster into the blueprints. No architect would ever design something like this in such a home. It had to be a disproportionate part of the budget. It obviously wasn't a display of vanity. Nobody knew it existed.

Dick wasn't drawn to designers, writers, musicians or artists. But anyone who could weld a perfect bead, sand drywall as smooth as silk, or lay brick in neat stacks was worthy of admiration bordering on worship. Many tradesman became his best friends.

So what is this chimney about? It is an excuse -- an excuse to be around the people who could turn ridiculous into reality. My dad had nothing but respect for the mason who built it. He was someone he wanted to work next to.

Tonight I light a fire not only in remembrance of my Dad, but in respect for the craftsman he loved and admired.

Despite my own personal biases and weaknesses, sometimes I need to be an architect, sometimes an engineer, and sometimes a carpenter. They are all equally important skills when building a functional, productive
house. But also build a stupid big chimney for no damn good reason.

While it was published over a year ago, RedMonk analyst Stephen O'Grady’…